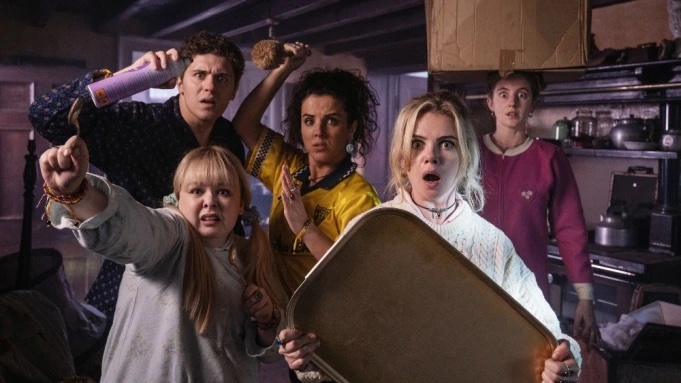 “The Derry Girls are back! Lisa McGee’s award-winning, candid comedy returns for the third and final series. While Northern Ireland is growing up, this gang of eejits certainly aren’t any time soon…” Channel 4

For our Media Review this month we have been watching the third and final series of the award-winning Derry Girls.  Described as a “Candid, family-centred comedy” from writer Lisa McGee, and set during The Troubles in Northern Ireland, it’s Channel 4’s most successful comedy since Father Ted.

Find out what the smallVOICE podcast team has made of season 3 of Derry Girls, or indeed if they’ve managed to breathe between laughing, at 16’09 minutes into May’s podcast.

‘Derry Girls’ is currently showing on Channel 4 in the UK. You can catch any episodes you may have missed on the All 4 streaming platform or on Netflix internationally.

Derry Girls taught me the joy of feeling seen: A farewell by Seaneen Molloy